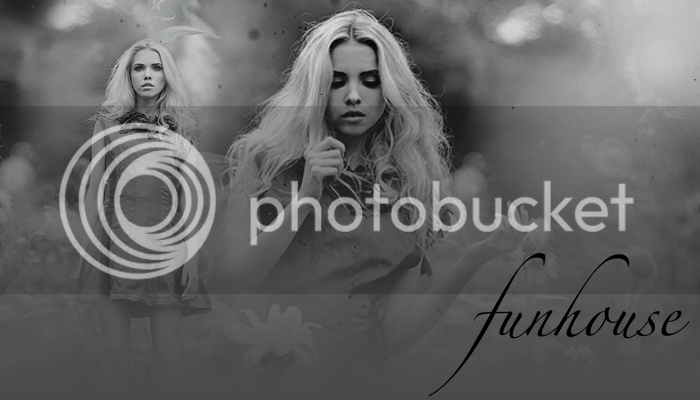 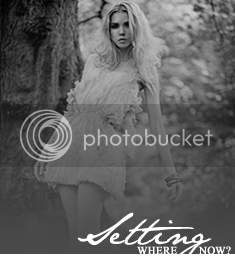 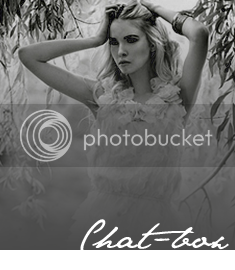 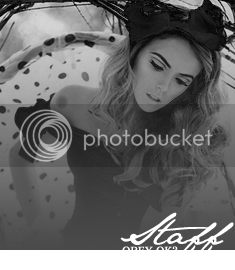 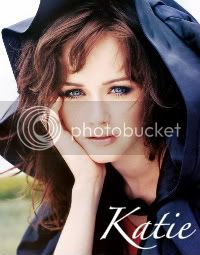 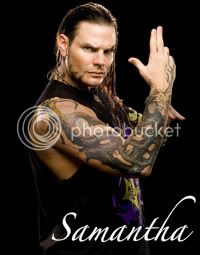 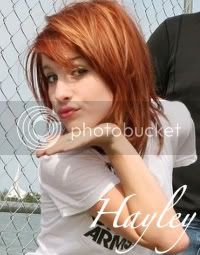 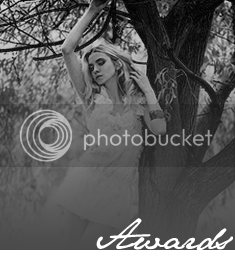 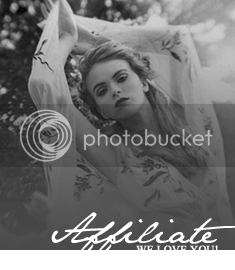 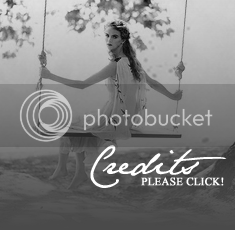 Here's the canon list. If you'd like to reserve canon, please use the form. Reservations last five days. 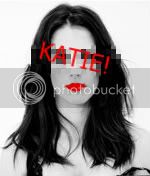 smith 2 might be the most selfish person you've ever met. she'd rather see her family dying in front of her, than put her life or even name in danger. even though she and smith 1 have been married for so much time, she still cheats on him, and isn't even ashamed of it.

smith 3 hates her parents and everyone else. she is really mean to people. smith 3 is very cold and physically very strong. She is also very artistic, and loves music. It's her only addiction. also she has romance with dawson.

dawson is the manager of the mall located in the town centre, and is really good at it. he has already become very successful, not only in business, but in women too. he has a romance with smith 3, and doesn't care how much her father hates him.

black 1 is very cold hearted person. she is very ruthless, especially when it comes to humans. if she has even a little doubt that a human might have some doubts about her race, she'll kill them. That's why she killed collins 2's father. she's very protective of her sister and loves torturing her victims.

black 2 is very antisocial person. she barely even talks with people. she prefers being all on her own, and spends time either alone or with her older sister. she is very smart too, and always the one thinking of the new ways to hunt on humans...

miller is a cop and totally loves his job. he loves saving people and fighting the evil, so it's perfect job for him. He's very hardworking and brave, and always serious, barely even laughing. He is very loyal and protective of his sister hale 2, brother-in-law hale 1, and finally valdes 3, whom he's in love with, even though no one knows about this love yet.

hale 1 is the person that will always stand by your side, and the one you can always count on. he never leaves his friends in a trouble, even though it's a bit hard to become his friend. he loves his wife hale 2 very much and can do anything to protect her.

from childhood, hale 2 has always been very shy kid, and she even found it uncomfortable that she could shift into a wolf - she didn't think that it really fitted her. but her brother, miller, has always been by her side and helped her, so now she's got pretty good control over her powers. hale 2 is happily married to hale 1 and even though, they aren't very rich, she's feeling very happy.

daniels can shift into a fox and totally adores it. she's pretty much like to the animal she can shift too. she's smart, but very mean and bitchy. she loves being in the center of attention and wants to become very popular in the college.

newton is obviously one of the smartest doctors in redrose. she can shift into an owl, and has any similarities to owl. newton is very intelligent person, and logical, also very helpful too. it makes her her patients' favorite doctor. especially for men.

harold is a college freshman, and is really happy to finally be one. he can shift into a deer, which he really doesn't like. he'd really prefer to shift into something more dangerous and strong, but he thinks that deer is very beautiful and charming, and so is he.

johnson 1 has always loved her race. she loved that she could control fire - she loved scaring people. johnson 1 is very talkative and energetic, almost never stops talking. she loves partying and having fun, and can be really annoying sometimes. she has got a crush on collins 2, and does everything to get his attention.

johnson 2 is younger sister of johnson 1 and is as friendly as her, but she tends to be more quiet and reserved. she is still in middle school and can't wait to start high school like her sister.

carter hates humans and totally loves to torture them and see their pain. it makes her feel powerful. also she is pretty flirty, and loves being admired. she works as a bartender in the nightclub, and is pretty good at her job.

cooper 1 can manipulate time - which is very rare in witches. he enjoys it and uses to get more knowledge about the past of mankind. it makes him perfect history teacher, and obviously the most educated one. though, he doesn't like that his nephew cooper 2 doesn't spend too much time studying...

cooper 2 is a bit strange witch. he likes to act a bit mysterious, but he is very popular in the school. he has lots of friends, but no one of them really understands him. cooper 2 can control air, and he knows lots of dangerous spells, because his parents were very experienced witches. now he lives with his uncle, cooper 1, who's also his teacher too.

cole can control water, and he's pretty good at it. after arriving to redrose, he didn't think about what he could do too much - he started working as a fireman. it's obviously perfect job for him, and he has already saved lots of people from burning in the fire.

morgan is very friendly person, and the only thing he cares about is partying. he doesn't have family, and totally enjoys the freedom he has from childhood. he never really thought about his job when he was younger, but it turned out that he could be really god guard, thanks to his power. almost all the prisoners are afraid of him... well, almost. there are people in this prison that are way more dangerous, scary and powerful than him.

valdes 1 is very determined and purposeful person - always knows what he wants and how he is going to reach it. he is very successful lawyer in redrose, because of his hardworking personality. but because of this he spends very little time with his family.

valdes 2 is stepmother of valdes 3 and totally hates her. she is very evil and egoist. though, she really loves her son, in fact, the only person she loves on the earth. though, valdes 3 hates this town, and wants to get away from it as soon as possible.

valdes 3 is very sweet and loving little faerie. though, most of the time she's on sad mood, and kind of melancholic. but she's very smart and thoughtful person. valdes 3 is in love with miller. but she didn't tell it to anyone, because she knows that her family won't like it that she's in love with shifter.

valdes 4 is half brother of valdes 3, even though he's absolutely different from her. he's got many personality traits from his father and mother. he's very ambitious and self-centered. he only thinks about himself, and doesn't really like his mother's so much attention. he really loves her sister, but he loves annoying her even more, and hates her moody personality.

bell is the little evil faerie, who hates all the other races. she doesn't care about what people think, or feel. she can do anything to get what she wants. but she likes to act like a friendly person, but as soon as someone becomes her friend... that person will suffer. from her.

treble 2 is a high school freshman, and even though she feels a bit lost in high school, she's very friendly and sweet. she can get along with people pretty easily and she's very oprimistic. though her grades aren't the best, but who cares about that, as long as she has her triplet brothers with her.

like her triplet sister, treble 3 is very friendly and gets along with people very well. he's very funny, and loves to joke. though, he can become a bit annoying sometimes by his jokes that never end.

treble 4 is very much like to his triplet siblings, but he doesn't really spend too much time joking or getting friends. he spends most of his time creating or imagining things. he wants to become an inventor and invent cool new things.

lewis is very musical and artistic girl. she's also very friendly and bubbly, she's always smiling. lewis's parents died when she was very young, and she really wants to find out who did this, not even doubting that she might become next victim...

russel is already pretty experienced doctor, and has been working here for a couple of years. he is redrose native, and is totally sure that the murders were done by the foreigners that moved to redrose some years ago. and he has no idea that her attractive co-worker, newton, is one of "them" too, and that she is a shifter...

collins 1 is a nurse at redrose hospital, and always the one bringing the light to the sad and boring hospital... she tries her best to be very good mother, and always does everything her son wishes. but after her husband's sudden death, he's feeling a bit lonely, and... scared. very scared.

collins 2 has always been in the center of attention, in his family, school, everywhere. because of this he's always been a bit arrogant and selfish. but now, when his father has been killed, he changed a lot. well, he's still overly self-confident, but now he has become more thoughtful. collins 2 is in love with black 2, and doesn't have an idea that she's a vampire. and that his father was killed by black 2's sister...

foster is the manager of the only cub and bar in redrose, which, because of this, is very popular. he's very good at his job, and already pretty experienced. he has been manager of this bar for five years. foster tries to hide how much he likes daniels, despite her strangeness, but it's really hard even for foster.

white is the most well-known and experienced journalist in redrose, and redactor of the only newspaper in redrose. he is very fair and objective, along with very honest personality. he only writes truth in his newspaper and totally hates to lie. white is terrified by the mysterious deaths in the town, and wants to find out the truth. and he isn't afraid that he might become the next victim...

potter is a child of a vampire and shifter... and he's really strong because of his parents, both of them were really strong and powerful. potter is total jock and loves sports too much, it's his only passion.

warren is a bit clumsy woman, and she likes to flirt around with men a lot. but,believe it or not, most of his men ended up dying, well, or rather being killed... by warren herself. don't be fooled by her looks, she's more scary than she looks.